Sometimes, when you travel through places that are obviously pretty on the surface, you can completely understand why people stop to spend months exploring a place in depth. The Eyre Peninsula is one of those places.

We didn’t get the opportunity to explore the Eyre Peninsula as much as we liked to.  Even though we aren’t on any hard or fast schedule, having to go to Melbourne for van repairs set back our timing three or so weeks and so we decided to spend around two weeks in the region and then get across the Nullarbor.

After our stop in Port Lincoln, we continued along the coast bypassing Coffin Bay for a cheap camp 20km down the road at Farm Beach. Although the camp itself isn’t really much to write home about (although it had a flushing toilet so that was a bonus), it did prove to be a great base for exploring the area. The nearby beach which was as still as a mill pond, was only a few  hundred metres from camp and so once we’d set up, we headed down there for a fish and to allow the girls to burn off some energy… Within minutes, we were bogged in the deceivingly soft sand.

Thankfully, Corey was up for some exercise and spent fifteen minutes digging us out (whilst I read a magazine and the girls watched a DVD. If he wants to drive on these beaches, he has to learn there are consequences right?) 😉

Once we were free, the girls hunted for treasure and I sat back and enjoyed the serenity. A tiny fish was caught (a whiting I think) and thrown back and then it was time to head back to camp.

On the way back though, we saw a track leading to ‘Gallipoli’. We had heard that this track would lead us to Gallipoli Beach and was the site used in the ANZAC Cove scenes in the original film Gallipoli featuring Mel Gibson and Mark Lee (one of my all time favourites!).

A very rough and rocky track led us to this and it was easy to see why these cliffs were used to recreate those landing scenes: 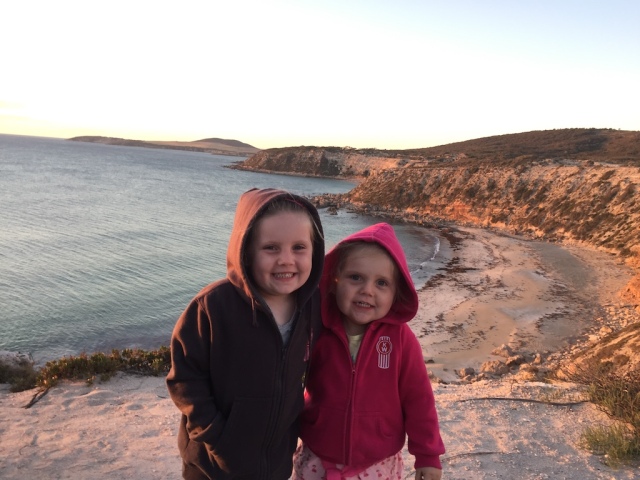 The next day, we headed into Coffin Bay in search for oysters and hopefully, a freshly caught fish. Sorting our National Park pass out online, we headed for Gunyah Beach and a play across the sand dunes. 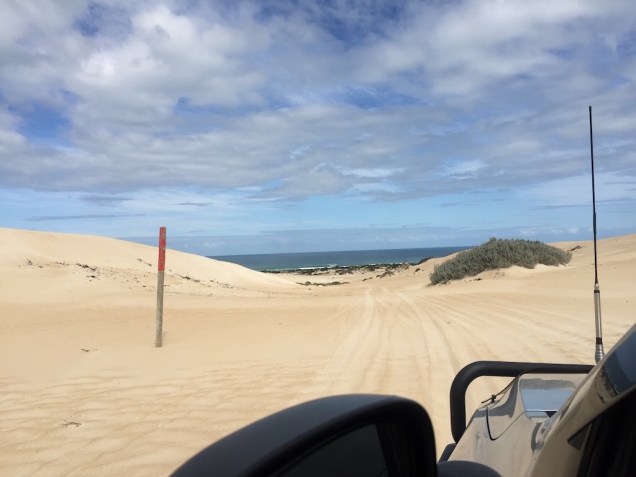 As the girls played, Corey headed out into the surf to fish and within five minutes had landed this: 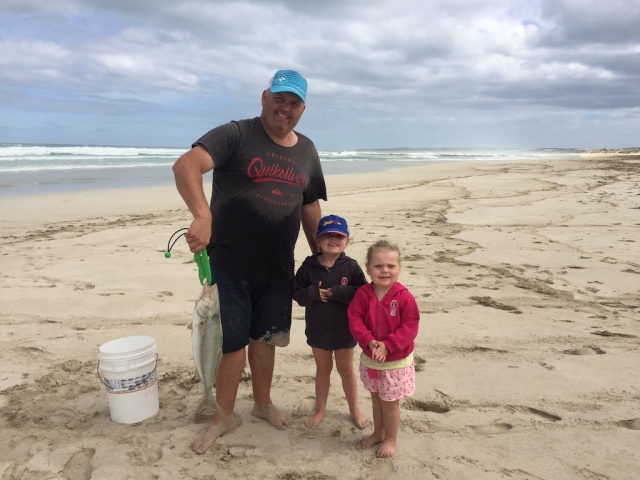 I’m not sure who was more excited – him or me!

After another hour, no more salmon were jumping onto his line so we packed up and headed back into town, stopping at the marina to fillet the fish and throw some lines in off the edge in the hope that we could catch some King George Whiting as well. Alas, we went home Whiting-less having snagged several rocks and seaweed instead. 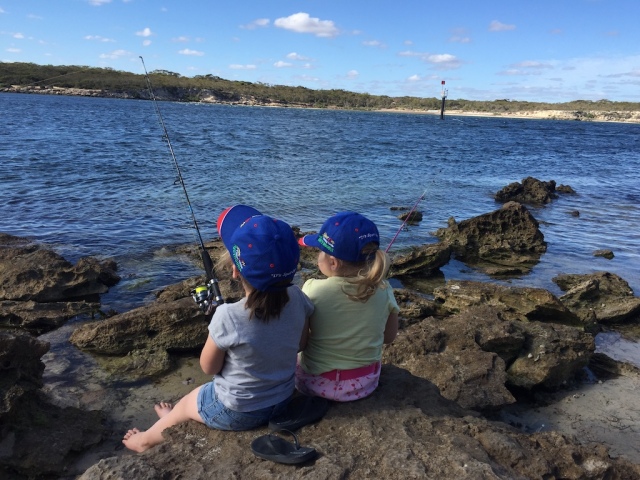 But, dinner was still an impressive feat with crispy skinned salmon and salad!

In hindsight, it was lucky that he didn’t catch anymore because there was so much fish and in all honesty, I’m the one who really likes it, Corey could take it or leave it and the girls weren’t overly fussed. So the leftovers were turned into salmon patties for lunch the next day (much to the dismay of everyone else) because, well, tight arse!

The next morning, Miss B & Corey got the tyre pressures back up to scratch before we  packed up from Farm Beach and mosied on down the road to Walkers Rocks, just out of Elliston. 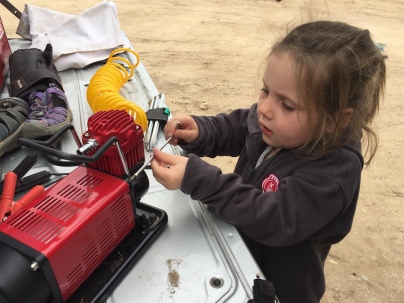 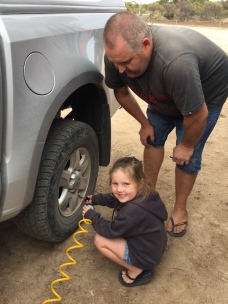 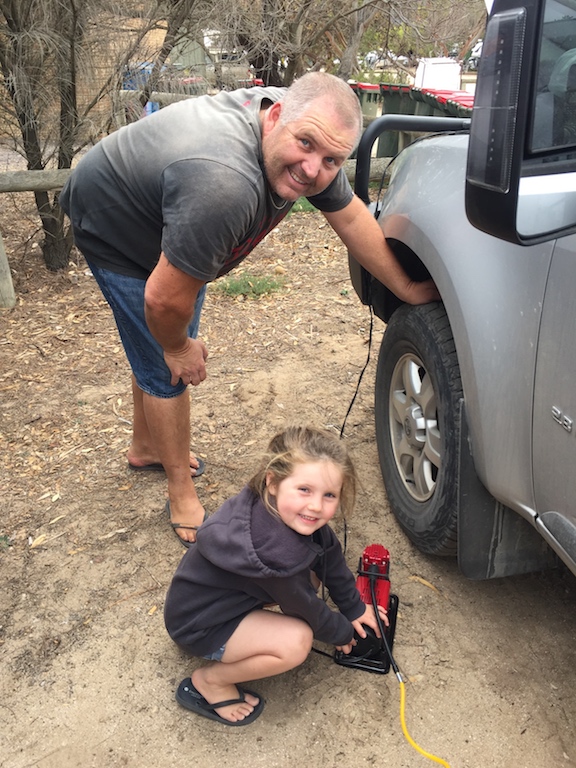 A great little cheap campsite with toilets and plenty of room and some of the best sea shells we’ve collected so far.

We spent the night there before we headed for Sceales Bay just out of Streaky Bay. Soon, thanks to some awesome friends who have a shack there, we would be connected to power and have access to a hot shower with enough water pressure to wash my hair. What more can one ask for???

Have you explored the Eyre Peninsula before? What other regions do you think require more than a passing visit to really get a good feel for the place?