I had a conversation with a close friend of mine from home.  They’d been having a fabulous night out and had called to tell me they missed me.  But they could not get their head around where we were when I told them. In fact, the conversation kinda went something like this:

Me: “In the Victorian Alpine region, you know, snow country”

Porepunkah is the lesser known cousin of the Alpine region, especially as it’s only 6km from Bright.  But this is where we ended up for a few days in a wonderful little caravan park right on the Ovens River.

On our way from one mountainous region to another (the Blue Mountains in NSW to the Alpine region in Victoria), we couldn’t resist a pitstop at Bathurst, home of the great V8 Supercar race.

Before continuing on to Young (renown for its cherries) where we stopped overnight.  After parking up the van, we went on the search for a farm where we could pick some of our own!  A few false starts (closed farm gates) and some dodgy directions later, we finally found one! I didn’t realise it at the time, but cherries were nearly $30kg in the supermarket, but we were lucky and only paid $10kg!!!

We continued on through Gundagai and stopped to say hi to the Dog on the Tucker Box. 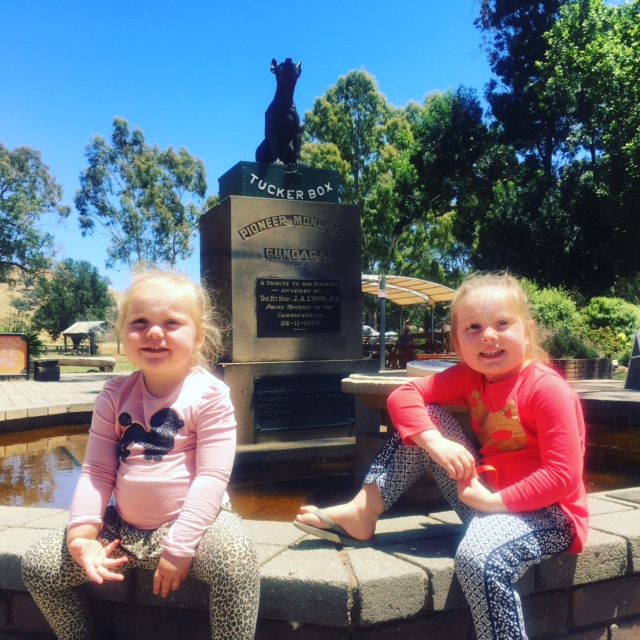 And grabbed some lunch on the way through Holbrook where a full sized submarine is featured in a park as a tribute to Captain Holbrook who was a submarine captain and winner of a Victoria Cross medal. 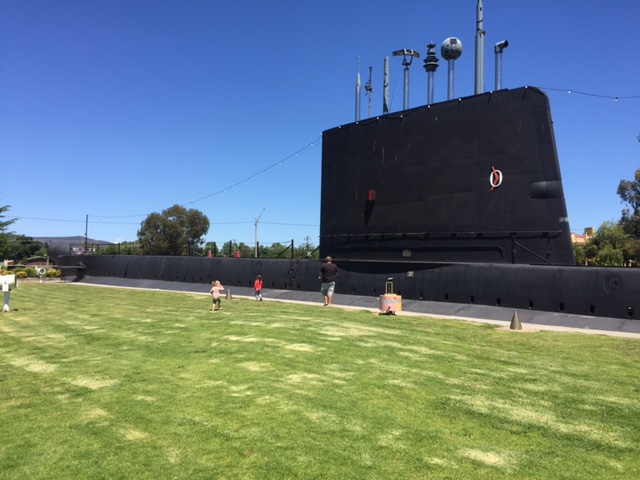 We finally arrived at the Porepunkah Pines Holiday Park which was situated right on the Ovens River and were lucky enough to get a site that overlooked the river and the walking track that ran parallel. So beautiful.  And given it was the calm before the school holiday storm, we virtually had the whole park to our self!

We spent one of our days here driving up to Mount Hotham, which saw us stop at Harrietville to have morning tea and give the girls a play on a playground there. 36km of windy steep roads and we made it to the top… of a virtual ghost town.  We could certainly tell that Mount Hotham is a seasonal town with hardly anything open… and that which was, was not being utilised at all.

The views were stunning, but eeirey, due mainly to the forests of dead trees everywhere.  We weren’t sure if it were due to fire or the aftermath of snow (but then we wondered how they grew that big in the first place if it were snow???). It was a striking but bleak landscape in some places.

On the way down, we stopped at a little town called Wangiligong and checked out a bridge that was erected in tribute to the large Chinese community in the area during the gold rush period before having hotdogs in the park.

After returning to the park, the girls spent some time in the pool whilst I attempted to update our blog. 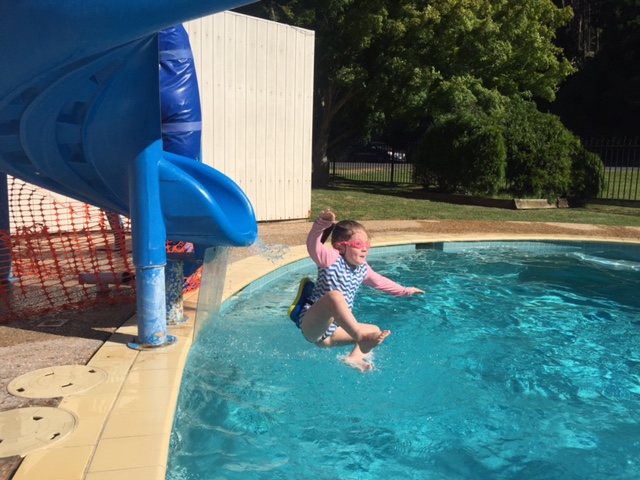 One of the best things about this park is free wifi!  Well, it’s not the best thing, but it’s right up there! Sunday night was spent catching up on a month’s worth of posts.  I need free wifi because with all the pics, we keep blowing our 24GB data allowance! And whilst the wifi was slow, it got the job done!

The next day I caught up with one of my writing buddies that I met at a conference last year for coffee and a chat whilst the girls took dad to the water play park.  She bought her newborn daughter who was happy enough to let us easily kill a couple of hours and down a few cups of coffee as we chatted and yakked about everything from writing to being a mumma with a new bub!

But the tribe was soon restless and it was time to head off and find my little fan again.  We finished our time in the area by taking the track from the Caravan Park along the Ovens River and into the Porepunkah  township for ice-cream.  An awesome little place that we’re considering bringing our November holiday crew back to one year! 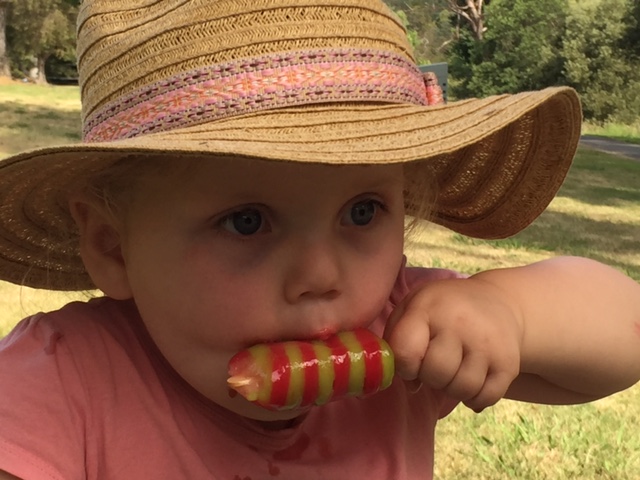 The evening was spent packing up the van ready for our early start to get into Melbourne and the caravan factory for a few things to be fixed the next day!

2 thoughts on “Where the heck is Porepunkah?”