Nearly ten years ago, Corey and I did a Cosmos bus tour of Europe and met some fabulous people on that trip, some of whom we are still in contact with today. So when planning our trip and knowing we would be passing through Penong, west of Ceduna, we knew that we would be stopping to catch up with our pal Tracy.

Penong is known as the town of 100 windmills, a reputation given because of the town’s  reliance on underground water sources. Windmills pepper the landscape and last year, a windmill museum was opened after the townsfolk banded together after a few drinks one night and decided it would be good for the town (not unlike the Brim silos!) to showcase the history.

As a result, the windmill museum features windmills of all sizes, manufacturers and even some DIY versions.

Each windmill had a little placard describing the manufacturer and year, but the most impressive by far was Big Bruce, the big Comet windmill (which incidentally is the biggest in Australia).

Only 15 Comet windmills were ever made, and only two were erected outside of outback Queensland. Penong’s Big Bruce was actually found in a paddock on a property in QLD, crumpled and broken and looking like it belonged on a scrap heap, but the potential was seen and the town rallied to raise the funds and get the support to get a truck and a crane out there to salvage it and bring it all the way back to Penong where it was lovingly restored by the community. 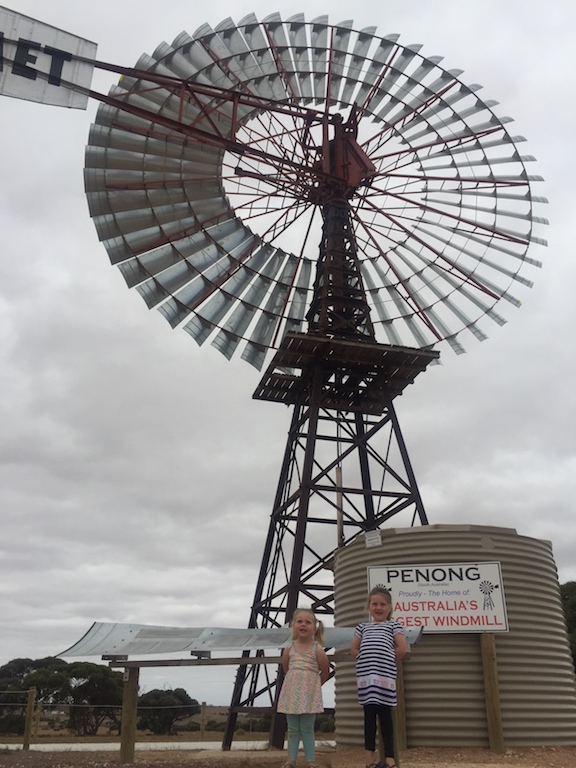 A real testament to the awesome things that can be created when community comes together, right? 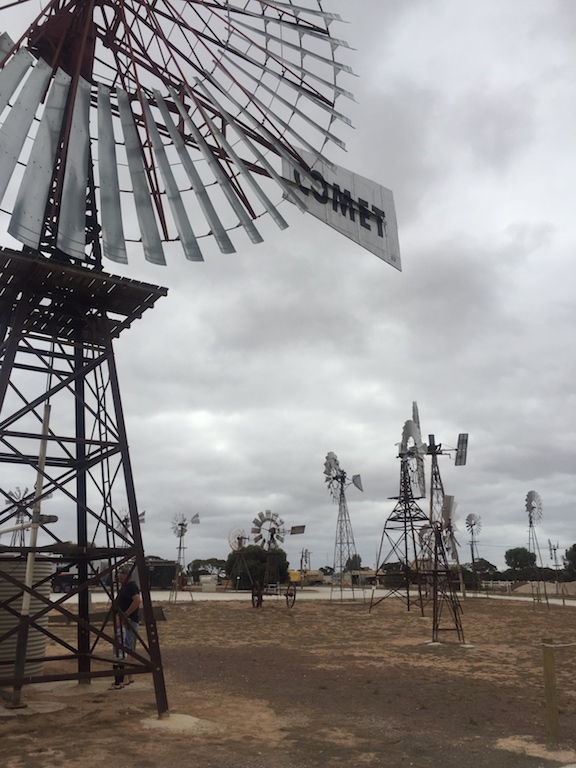 After our meanderings through the windmill, we headed off to Tracy’s house where we spent a considerable amount of time catching up over red wine.  It was an early morning before Tracy and I decided to call it a night!  We looked surprisingly good the next day considering:

Despite the short catch up, we loved that we were able to catch up in Tracy’s own little part of the world and sadly it was over too soon and time to head off again. Continuing west, we aimed for the Head of the Bight so that we could see where the white sand dunes meet the rugged sheer face of Bunda cliffs. 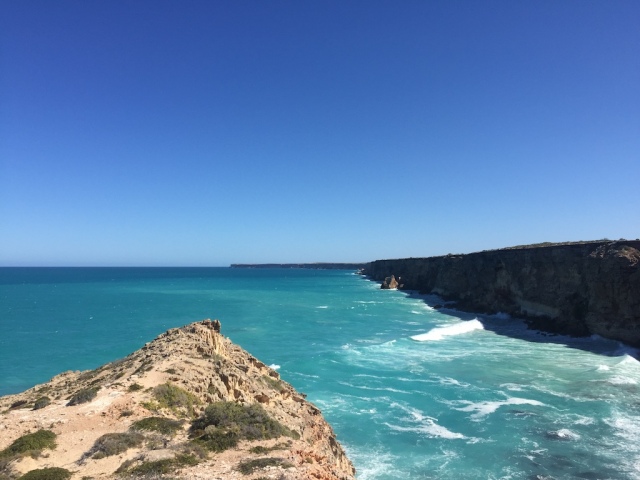 And it was whilst we were in this random place in the middle of nowhere, that we were reminded yet again that it doesn’t matter where in the world you go, inevitably people know people that you know! Just stick with me a minute and I’ll explain.

During our time in Sceales Bay, I took the time to meet the couple who had arranged access for us into Kate’s shack. This couple were one of the 8-10 families who were permanently based in Sceales Bay and lived completely off the grid.

As we were leaving, Lee mentioned that when we get to the Head of the Bight, be sure to tell Terry and Claire (the managers of the visitor centre there), that he said to let us in for free (I didn’t do that!!!). After we’d checked out the cliffs, we went back into the visitor centre and struck up a conversation with Terry. After making the connection regarding Lee, we then mentioned we’d just come from Penong and it turns out that Terry – born and bred there – knew Tracy plus his brother Tim was one of the driving forces behind the windmill project.

Hands down, one of the best things about this trip so far is talking to people and making connections. We often joke about the Robinvale/Mildura connection as most often, people know someone from there, but no matter where you’re from, that six degrees of separation rule tends to be a lot smaller than we realise.

Do you ever take the opportunity to catch up with friends in remote places? Have you ever met new people and discovered that you have a mutual acquaintance?