The next stop in our travels was Bundaberg where we were originally planning to spend a couple of nights, but ended up staying three nights at the Wyper Park Scout Camp. We found this little gem on Wikicamps and at only $10, this awesome little camp had showers and toilets and heaps of space for the girls to run around… and not many neighbours which was awesome.  The caretaker Mick was a character and up for a chat but he was helpful and interesting and he is a great asset to the Scout Campgrounds! 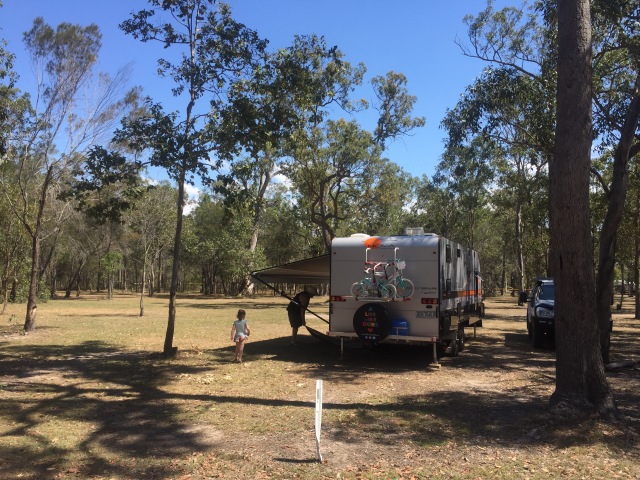 Having left the tranquillity of 1770, we were really only planning to spend time in Bundy to restock on supplies and kill some time before we headed to Fraser Island on the 24th October, but we liked our little camping spot so much we stayed an extra night. The kookaburras came out every morning and the girls had fun trying to spot them and chasing them around.

We spent our time in Bundy covering the Botanical Gardens where the girls fed ducks and turtles before heading to Bargara beach for fish & chips for lunch and a drive out to Elliot Heads along the coastal road.

And one of the evenings, at Mick’s suggestion, we did a great little walk behind the Scout Camp which overlooked the Burnett River.  The girls loved it kept telling us they were going through the ‘jungle’. 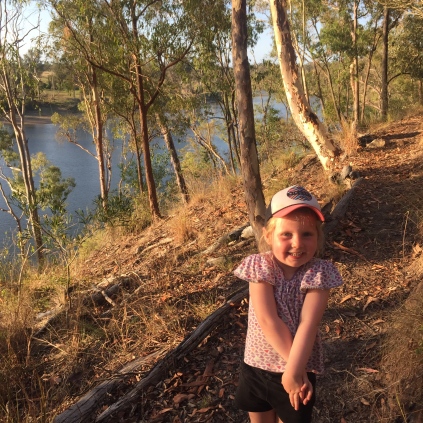 We also checked out Bundy’s little Zoo and saw some birds, an emu and some little tamarind monkeys. Situated next to a massive playground, it was an easy way to spend a morning!

We also met some great neighbours in Ritchie, Natasha, James and Alex who arrived on our second night there. After 10 months on the road, their trip was coming to an end as they headed back home to NSW before Christmas. But, they were a wealth of knowledge and picking their brains was awesome – we spent a good hour or so taking notes and highlighting a few things on our map based on their recommendations and experiences.

We know we missed some of the obvious tourist activities in Bundy – ie the Rum distillery etc, but the girls just don’t have the attention span so we have to look at our tourist options through their little people lenses and pick the activities to suit. Overall though, our time there was enjoyable and our camp a nice little spot.

Have you ever come across a great little unexpected camping spot that made you stay an extra day? What obvious tourist attractions have you missed due doing a trip with younger kids?