Spending some time at El Questro had been on the bucket list for some time and although we had seen many reviews where people had claimed it to be too expensive or over rated, we are glad that we spend some time there.

Is it more commercialised than it would have been 10, 15 or 20 years ago? Undoubtedly, especially given the family had sold out of the business and it was now owned by a corporation, but I don’t feel that this diminished our experience.  With the excitement of a few water crossings on the way in, we stayed in an unpowered site and managed to find a shady site in amongst the free-for-all that was the unpowered section.

We were lucky to run into a few people we’d met along the Gibb River Road who were continuing through and caught up with the dramas and excitement that they’d had along the way. We also ran into Richard and Fiona again which was great as we weren’t expecting to see them and the girls had a great time catching up for a swim and playing. 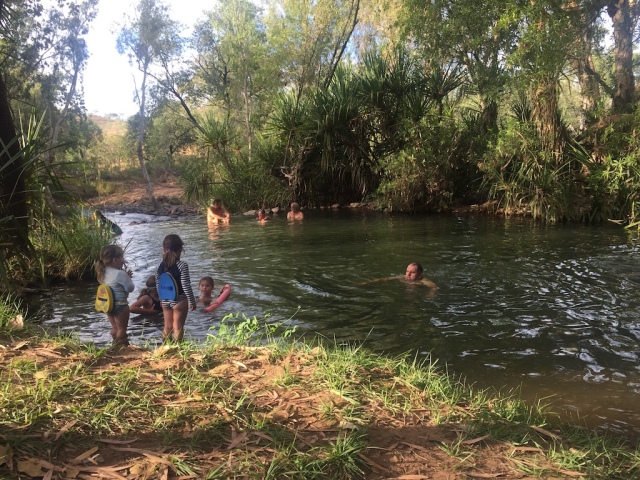 They were in their element playing with the many kids within the camp in the mud and the dirt and on their bikes and after saying farewell (again) to Richard, Fiona and the girls our first exploration was to Zebedee Springs, a thermal springs which were such an unexpected surprise in a scrubby, dry environment. 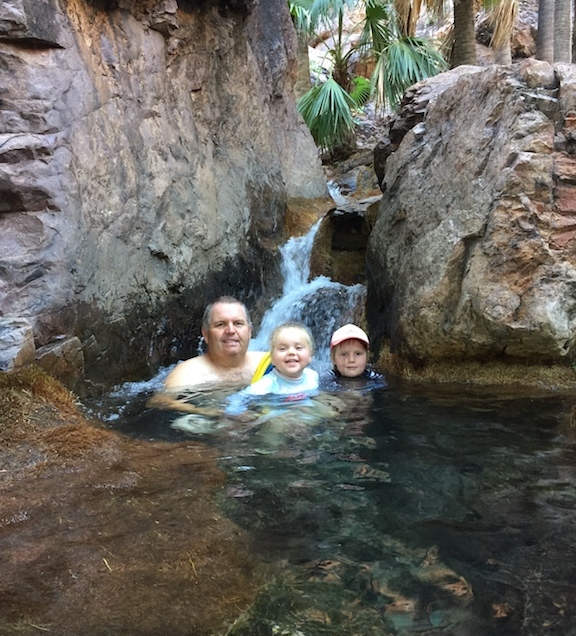 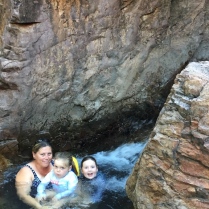 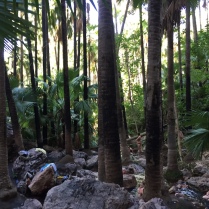 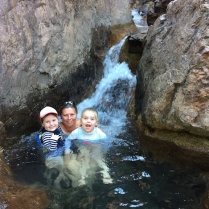 And in the afternoon, we took a drive out to Branco Lookout going through an 8 minute water crossing which was 8 minutes because it was so rocky and slow going before heading up the hill to the lookout overlooking the Pentecost River.  We also had a little view of the “Homestead” which is the $18,000 per night luxury accommodation, favoured by the likes of Hugh Jackman and Nicole Kidman. 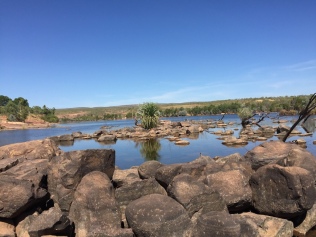 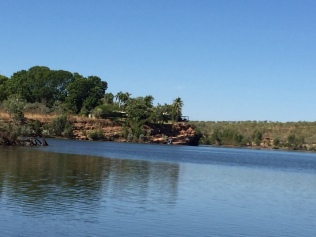 The next day, we tackled El Questro Gorge, which was a challenging, but shady and picturesque walk to a plunge pool.  A couple that we’d met at the Zebedee Springs the day before started the walk at the same time and joined us the whole way, helping us with the girls along the way.  For the more adventurous, the plunge pool was merely the middle rest point of a longer walk and people could climb up over the rocks and continue on for another km or so, but it was definitely out of our scope as you had to swim (not walk, but swim) and then climb up slippery rocks.

So, we spent a bit of time at the pool and the boys went for a swim and after a rest we started out trek back. 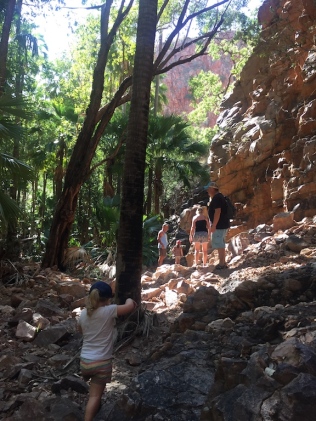 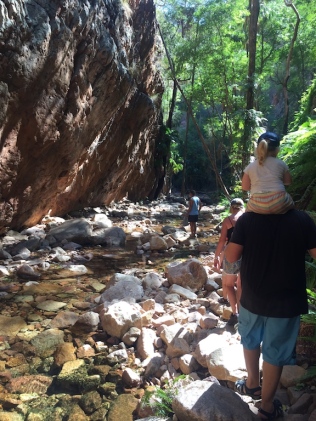 We headed back to camp to chill out for the afternoon before doing a bit of packing before we headed off the next day. 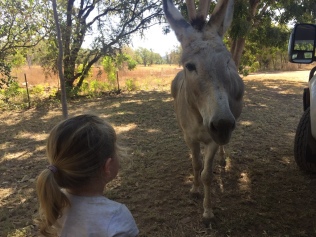 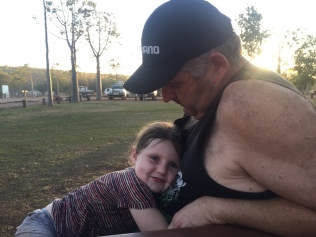 El Questro proved to be a relaxing stopover and our three days there were soon over.  We packed up the van and left El Questro, stopping in at Emma Gorge on the way.  We were not expecting how challenging this walk would be and we believe it is the hardest walk that we’ve completed.  A constant trek of boulder hopping and picking a path it was slow going not to mention extremely hot, despite the fact that we got there just after 8am.  The view at the end was beautiful of course, but the girls were wrecked by the end of the walk, so much so that I bought them a can of lemonade (which I had dangled like a carrot to get them to finish the walk – I’m not above bribery at all!).  I was even happy to pay the $4.50 a can! 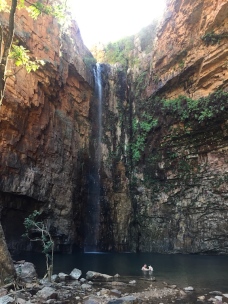 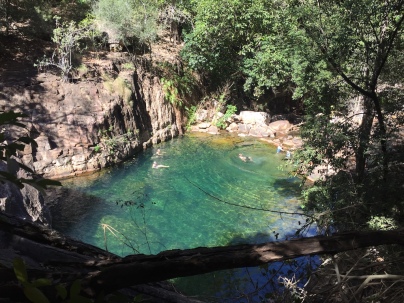 It was a quiet trip to Kununurra where we stocked up on supplies including gas and groceries before making our way out to Lake Argyle!

Would we recommend El Questro to people considering a trip there? Absolutely! The Springs and gorge walks were well worth it and the atmosphere around the park was vibrant with entertainment each night and a restaurant for those inclined.  There were swimming holes nearby that the girls and Corey swam in each day and overall we had an awesome time.

Do you use reviews to help you make your travel decisions? Is El Questro on your bucket list?