Once more, we’ve traded the ocean for the mountains and left South West Rocks bound for the Barrington Tops. I didn’t really know what to expect from this area as I honestly had never heard of the Barrington Tops before. Access to the ‘Tops’ is through Gloucester (I can never pronounce this town properly – apparently it’s pronounced Gloster) and if you’re looking for information about the area, be sure to drop into the information centre there.

We’ve become somewhat proficient in assessing a town or region’s Information Centre of late and this one is right up there at the top.  Nothing impressive to look at compared to most, it’s the staff that make this centre work.  Super informative, clever tactic in giving kids a colouring in book and a nook with crayons to keep them occupied (so adults can actually have a conversation) and just genuinely helpful and most importantly, sincere in wanting to be helpful. Sadly, we’ve come across a few dodgy ones which make you wonder why someone would bother being in the industry if they didn’t want to help and talk to people… but anyway, I digress.

We didn’t end up staying in Gloucester itself because, well, as we all know, I’ve become a huge tight arse, so we ended up staying at a gorgeous little free camp called Bretti Reserve (as in Brett-eye not Brett-y as we had thought) about 50km out of town.  (And yes, this post has become a lesson in phonetics).

This place proved to be a great spot to explore the Tops, but to be honest, when we first arrived we weren’t sure we were going to stay due to some pretty heavy bush fire smoke in the area.

We tuned into the fire brigade channel and canvassed some of the other campers and no one seemed to concerned. In the end we figured the rangers would surely come and let people know if it was an issue so we stayed.  After setting up camp, we decided to have a look around.

The reserve had an awesome stream running through it, which made for some fun exploring in the afternoon trying to skim rocks across the river and relaxing by the running water.

The next day we got an early start and headed up into the Barrington Tops itself, stopping a few times to do a couple of the easier bushwalks. Unfortunately, as we’ve mentioned before, we have to be very selective about what walks we can do and which ones we have to miss, but most of the time, the easy shorter walks are still pretty awesome. And Barrington Tops didn’t disappoint.

The first of the walks was a stunning little loop called Honeysuckle which was
situated in a heritage-listed area of the park. Featuring old gondwana growth, it was stunning – an absolute highlight. And the girls just loved it. They spent time poking around and looking at all the leaves and trees and moss covered logs. It was my favourite walk of our trip so far! And these pictures do not do the area justice at all! 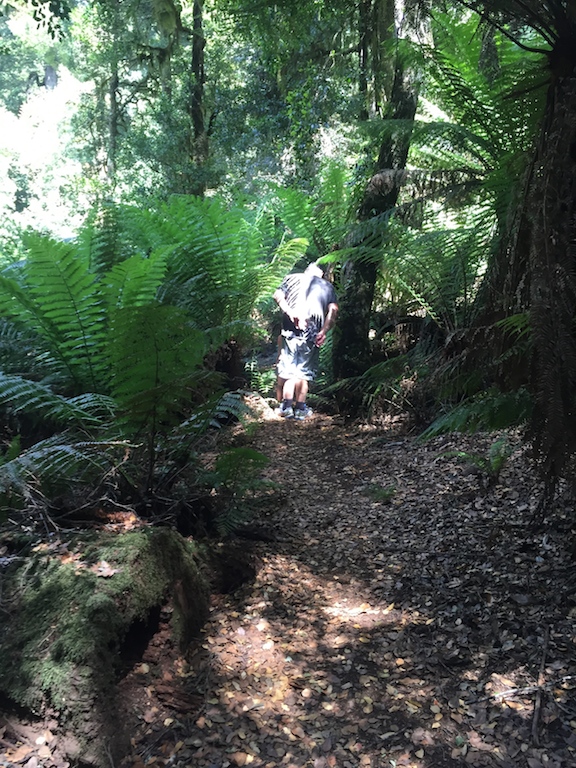 Again, the history of the area is fascinating and we learnt about the ‘Gentleman Bushranger’ called Captain Thunderbolt who escaped Cockatoo Island prison in Sydney and became known as a Robin Hood of his time. He’d rob businesses and then turn up at the pub and shout those at the bar! He had a Bonnie to his Clyde in a woman called Mary Ann Bugg, who they believe helped him escape Cockatoo Island and who was also the reason he was so hard to capture – her knowledge of the local area kept them hidden and safe for many years. The whole storey piqued my imagination and left me wanting to google the heck out of that! If only I had the phone range! 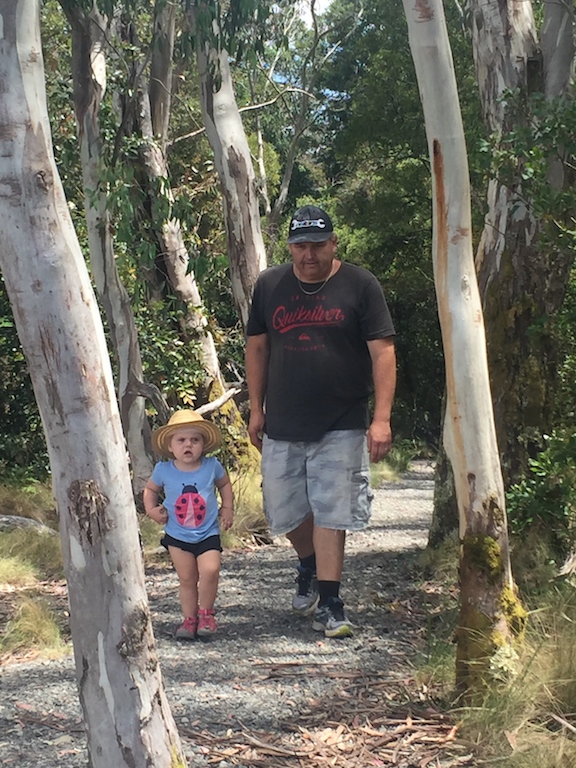 Such a beautiful place, I wish we had more of a chance to explore the area in more detail, but many of the walking tracks to get to the great lookouts were over 10km one way.  Oh, well, we’ll add it to the ‘next trip’ list that is lengthening every day!

After arriving home the girls had a snack. 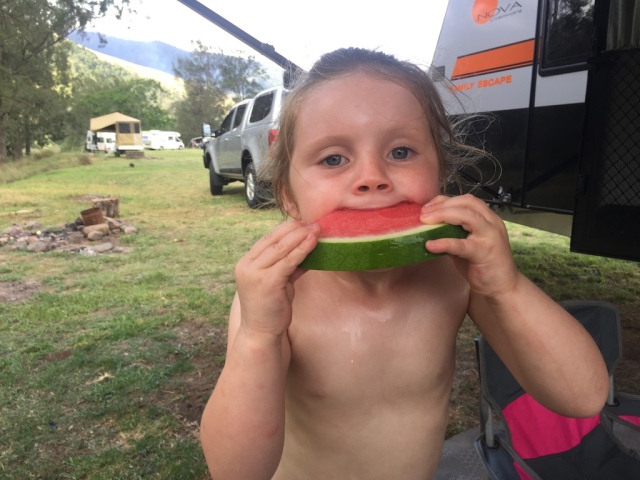 And then Corey and Miss B headed off for a walk down to the river whilst Miss A had a rest and before long thunderstorms hit, leaving the intrepid explorers stranded at another campsite until the sheets of rain eased.

We would definitely go back and do some more exploring around the Barrington Tops. It was a beautiful surprise and the town of Gloucester was lovely too.

Have you heard of the Barrington Tops before? How about Captain Thunderbolt and his bushranging partner in crime Mary Ann?