Just in case the picture from my Silent Sunday post yesterday was a bit too cryptic, today was spent recovering from a particularly nasty little tummy bug.  Thankfully it was only a quick 24 hour kind of thing but like they normally do, they pack a punch!

I spent pretty much most of Sunday camped out in my bathroom, except for a few hours when the hubby had to go our for his stand up paddle board lesson (something I was supposed to be doing too!!) and I had to keep an eye on the girls.

I was gutted about missing the lesson as we had teed up my sister-in-law to come down to the river and watch the girls but as it turned out, she ended up with the same bug as me – hopefully it wasn’t food poisoning from our Friday night catch up! I suspect it was just a rogue bug, as Miss B was up all night last night throwing up and the hubby woke up feeling queasy too so Monday became an official sick day.

Thankfully I was feeling heaps better so I was able to do the many loads of laundry that is required when sickness hits as well as a few things around the house.  And after the hubby’s successful SUP lesson yesterday, he was able to get a handle on what size board he would need. As a result, Santa is delivering these just before Christmas!!

I managed to squeeze in an appointment with the Chiropractor and grab some groceries to see if I could make something that we could all manage to eat and even managed to get a jump start on the week with a quiche so Mrs Mone could have something other than cheese toasties to feed the girls when she comes over tomorrow to watch them whilst I go to a meeting. 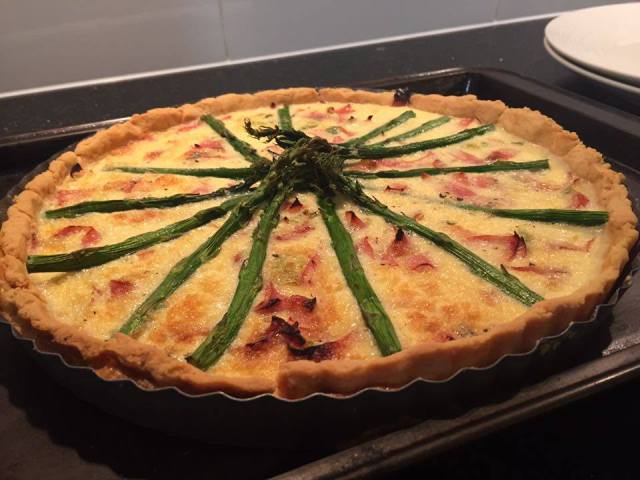 Productive Monday right, all things notwithstanding?

Back to the grind tomorrow though…

Have you had a productive start to the week? Can you believe it’s the first of December tomorrow?