Social media has gone mad with the announcement that the Supreme Court in the US has determined that it will be illegal to ban same sex marriage in any US State or Territory. And so it should! It’s an announcement worth celebrating! 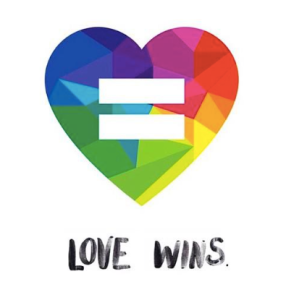 I’m a big fan of the notion of marriage equality and have mentioned it before but in Australia, it’s well known that we’re not quite there yet! The momentum is building, of that there’s no doubt and it’s inevitable that our country will skip down the pathway that has been paved for us by many more progressive and open-minded nations.  We too will eventually ensure that love is not denied and that people who love other people can celebrate their love with marriage.

Our Prime Minister has predictably evaded the questions hurled at him today and of course his standard ‘my views on gay marriage haven’t changed‘ line has been pulled out yet again, but I think he’s missing a huge opportunity.  Politically, he could turn his fate around by putting his name to this issue and history would remember him a lot more fondly than it’s likely to at this moment in time.  Notwithstanding that, I can respect that he has values that he is committed to upholding but at some point, regarding this issue, that won’t be enough and he will ultimately have to uphold the desire and wishes of the constituents he represents.

Do you believe in love? Have you taken the time to sit back and acknowledge the changes that are happening throughout the world of late?