Today I have been glued to the tv watching the news coverage unfold about the cyclones battering our country (cyclones for the non-Aussies are the same as hurricanes, just spinning in the opposite direction).  In particular, I’ve been focussed on the one called Marcia that has been holding my hometown of Yeppoon to ransom.  My sister and many close friends who still live there have been hunkered down for the last few hours as Marcia draws near.

Having spoken to my sister last night, they were expecting the worst of it to hit at about 3am this morning but that timeframe got pushed out to 10am this morning where it was predicted that it would reach landfall at a category 5 classification.  My sister lives in between Yeppoon and Rockhampton so she was definitely expecting it to hit hard and when I spoke to her again at about 7.30am (our time) to see how they fared overnight, it’s pretty safe to say that she was nervous.  Living on an acreage in an older style fibro house was making her worry and despite undertaking all the preparations around her backyard and surrounding the house, they made the decision early this morning to relocate to the shed which was newer and hopefully more cyclone safe.   At 10am, she messaged me to say it was getting too scary and that they had evacuated to their neighbour’s house which is made of brick.

As the storm made its way closer to Yeppoon, I saw pictures of my childhood home, places I’d spent a lot of time as a kid and as a young adult flashing across my screen.  People I recognised at the evacuation centre where the TV coverage was being broadcast from, shots of houses that were familiar as the cameras panned throughout streets of my hometown.  Commentary from friends and acquaintances on Facebook in Yeppoon, Rockhampton and Gladstone providing updates for us all to see.  Videos of lashing winds, fallen trees and nervous chatter in the background.  I was feeling worried for all my friends and at times was starting to feel a little homesick.

I left my hometown over 10 years ago and relocated two states away and whilst I’ve never regretted my decision to leave, I now find myself feeling pangs of homesickness when natural disasters or stories pop up on the news.  Several years ago, Rockhampton experienced one of the worst floods on record and I remember feeling sad that I wasn’t there to support friends and family, but this cyclone is more terrifying.  Definitely more unpredictable and who knows just how devastating it will be yet.  So to keep my mind off things, Miss B and I made chocolate cake this morning and we have had a few visitors pop in throughout the day to say hi which has been good. 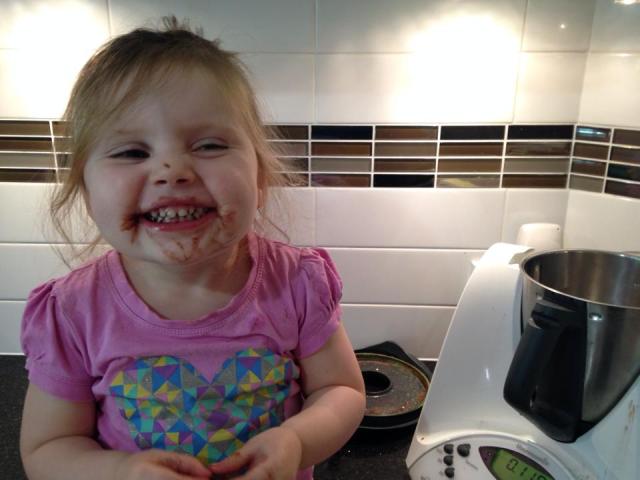 Hopefully I’ll hear some more news soon from my sister.  She is out of range at the moment and it would appear that she’s currently in the eye of the storm with round 2 to commence soon.  In the meantime I’m sending out positive vibes to all living on the Capricorn Coast and ultimately, all towns that will come within Marcia’s path. And am about to get a roast chicken ready for dinner so hopefully that’ll keep me occupied for a little while.

Have you got any loved ones impacted by Cyclone Marcia or Cyclone Lam? What do you like to do to keep your mind busy during times like these?

2 thoughts on “A cyclone in the pit of my stomach”